1) Which Finance minister 1950-51 proposed the setting up of the Planning Commission ?

2) S. Raman was the first Indian editor. Khushwant Singh took over as editor nearly a year after Raman’s formal departure. Which Magazine?

A) The Illustrated Weekly of India

3) ‘Every Little Helps’ is the tagline of which famous retail company?

4) Which e-commerce company was founded in November 2010 by Peyush Bansal?

1) The founder of a famous brand said this about what, ‘This is a fresh animal, shy, vivacious, jumping. First it smells you, then it escapes, then it comes back, and you feel like caressing it, playing with it.’?

A) Playboy Bunny by Hugh Hufner

2) Identify the advert of which country to promote tourism?

3) What bi-annual fashion event that take place is run by Fashion Design Council?

4) The right to manufacture this is held by the Khadi Development and Village Industries Commission, who allocate it to the regional groups. As of 2009, the Karnataka Khadi Gramodyoga Samyukta Sangha was the sole manufacturer of this product?

7) Which type of beer take it name from Czechoslovakia ?

8) This was founded in 1989 under the name Interactive Home Systems. One major reason for starting the company was founder’s belief that people would someday decorate their homes with a revolving display of digital artwork using digital frames. The company’s name was changed to Continuum Productions in 1994 and a year name was changed by what we know it today. Which company?

10) Despite some claims, the word originally came from the swahili language. All evidence points to its origin from a middle persian word. What word? 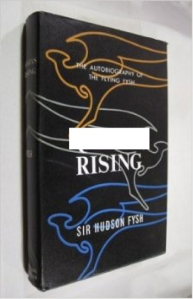 12) Le Smoking, the first Tuxedo for women was designed half a century ago by_____?

15) Who is the finance Minister who presented the more number of times Budget in the Parliament ?

17) Which brand launched this?