1. To commemorate an event that took place many years ago on April 12, the company Shturmanskie released a limited edition watches, which was not sold normally except under certain special circumstances. What event and what was the special circumstances under which the watch was sold?

A. To commemorate the Yuri Gagarin’s entry into space, the watches would be sold to customers only at a height above 30,000 ft. in aircrafts.

2. Southern Maid Donuts is a Louisiana based company founded by Mr. and Mrs. Hargroove. A certain person visited their place for the donuts whenever he made a trip to Louisiana. One day Mr. and Mrs. Hargroove requested that person to sing a jingle for the donut company he liked, for which he obliged and wrote and sang a jingle. This remains to be the only endorsement by this person. Which famous celebrity?

3. What is the significance of the Pele Pact in the world of business?

A. A few months prior to the 1970 FIFA World Cup, Adidas and Puma had entered into an agreement which was dubbed the “The Pelé pact”. This agreement dictated that Pelé would be out of bounds for both Adidas and Puma. However, Pelé at the opening whistle of a 1970 World Cup finals match, stopped the referee with a last-second request to tie his shoelaces before kneeling down to give millions of television viewers a close-up of the Puma shoes he was wearing.

4. He runs a charity organisation called PeaceEarth which is committed to spreading peace in the conflict areas. He is the UNESCO Goodwill Ambassador for Peace and he has undertaken major steps to promote peace in Uganda. Who?

5. At around 450 BC, ancient Persian king Artaxerxes  the prophet, who was working as a royal cup-bearer, was granted letters from the king requesting the governors of the lands beyond the Euphrates to grant him safe passage to Judah. The purpose of Nehemiah’s visit, incidentally, was to rebuild the walls of Jerusalem. What is this the origin of of?

6. Plan A was starting a dating website called – “Tune in, hook up”, plan A failed as it did not get enough traction. What was the Plan B which is an extremely popular entity in the world we live in. What?

1. Name the trademark originating from the map?

2. What is the subject of this advertisement released by PaddyPower?

A. An auction on whether Oscar Pistorius will be proven guilty by the court for murdering his girlfriend.

3. An old emblem of the Knights, in which brand’s logo has it been immortalized? 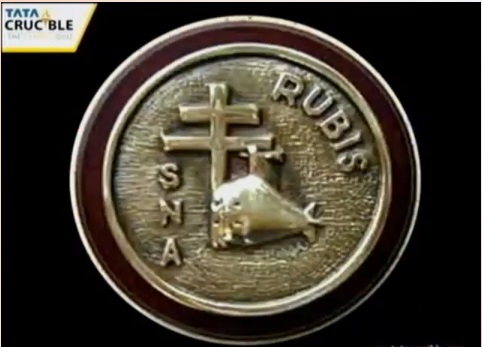 5. Who has co-authored this book with Robert Greene?

1. What was founded in 1886 by William Grant in Dufftown, Scotland, in the valley of the river, it literally translates to “Valley of the deer”?

2. What entity is measured not in length and breadth but in surface area, and has ISO – 216? 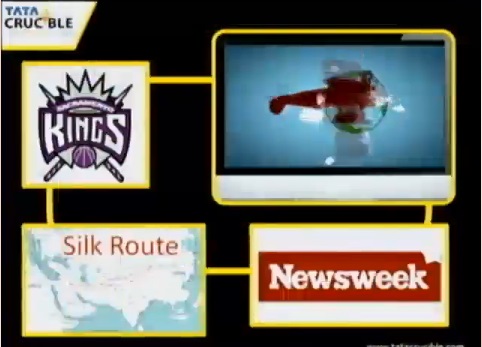 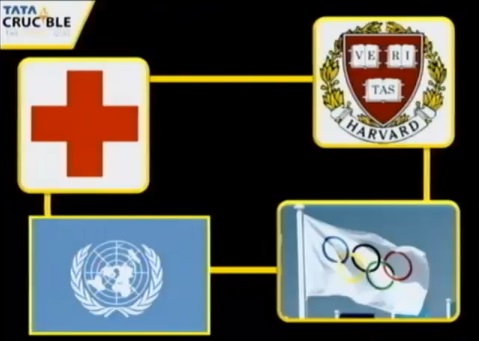 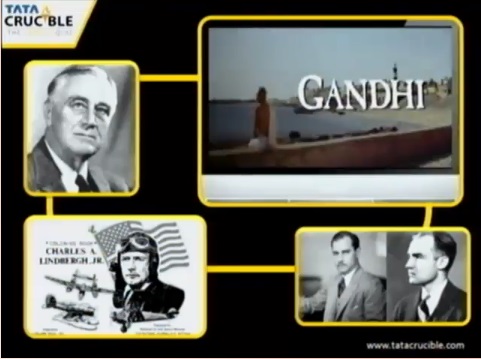 A. Time’s person of year.

1. Clue – 1: Silvio Gazzinga created it while working for the Italian firm GDE Bertoni?

2. Clue – 1:The price of the exotic fruit Mangsteen rose up drastically in 2014 because of it.

3. Clue – 1: Atlantic Records were optimystic above his success suand put faith in him?

2. Clue – 2: His Ad for his favorite airline was based on the “flower duet” and taken from the French Opera “Lakme”?

1. What was designed by Desré Buirski in 1994 on hand printed batik shirt which said “Thank you” and the shirt was presented to a particular person.